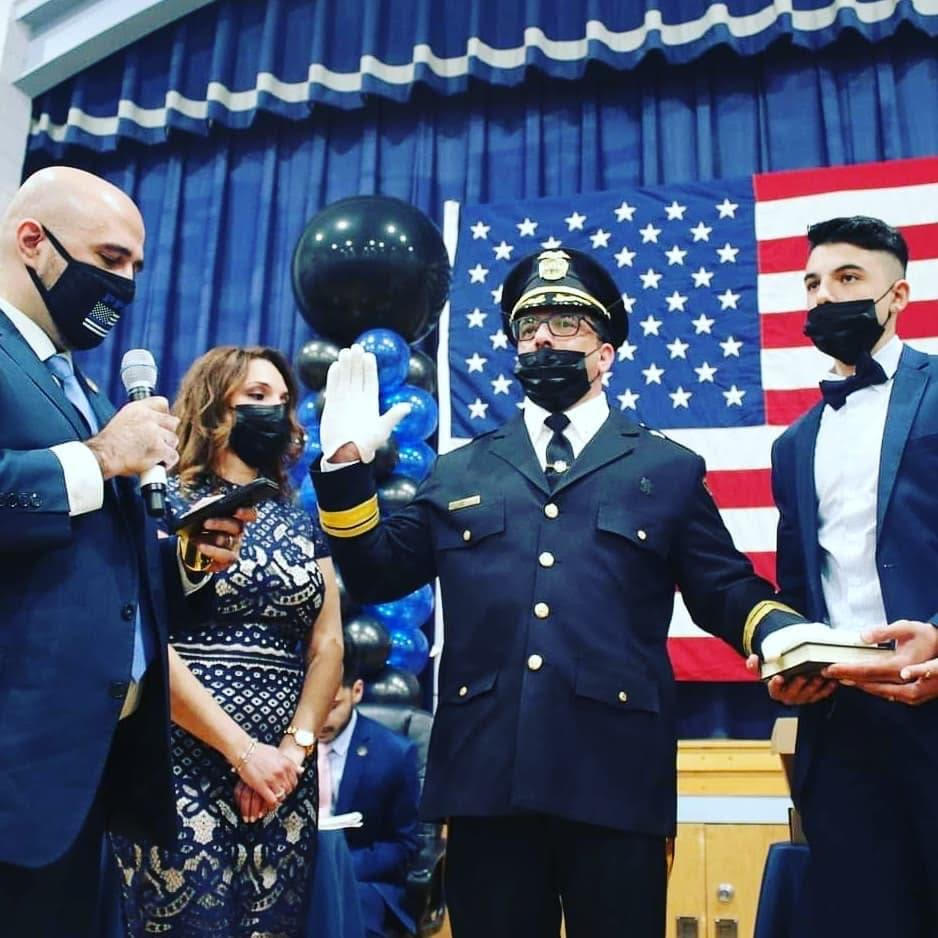 Mayor Khairullah has prioritized maintaining strong relationships with our first responders including the Borough Police Department and was proud to promote five officers this past month.

On April 12, our Borough promoted five officers from within the department including Ammen Matari to the position of Chief. I have had the honor of knowing Chief Matari for years and have seen first hand how much he cares about protecting the people of our Borough.

The ceremony took place at Prospect Park School Number One with many dignitaries in attendance including members of the Passaic County Commissioner Board, Passaic County and State Party Democratic Chairman John Currie, Senator Nellie Pou and Sheriff Richard Berdnik. It was a beautiful ceremony and I would like to thank everyone that came out in support of our officers.

Matari became the officer-in-charge for the Prospect Park Police Department in July following the retirement of Chief Charlie Atie. The other officers that were promoted include Walter Richmond to Captain, Javier Vega to Sergeant, Arthur Canestrino to Sergeant, and Brian Koppenal to Sergeant. Our community is incredibly diverse and I am proud that our Police Department is able to reflect that diversity so well. Our department will only continue to serve as a model for other municipalities to aspire to.